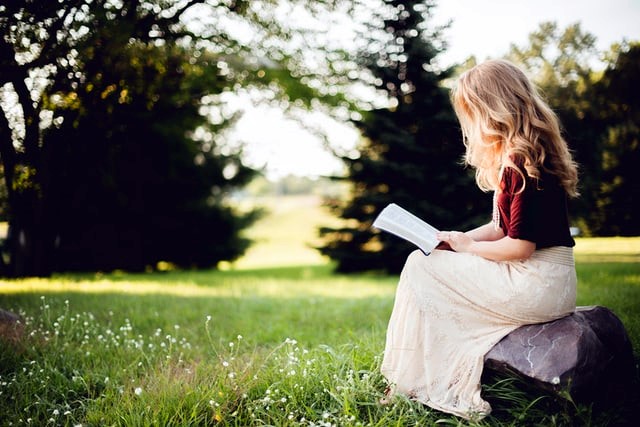 The original purpose of all religious thoughts were probably based on the same basic principles, but over time, they have become diluted because of man’s interpretations and the methods they have chosen in reaching salvation. As a result, one’s belief that their religion is the only true religion has caused conflicts and even wars between religious factions and individuals. When someone says “Allah is the one and only true God and all others are inferior”, the other may say “no, Jesus Christ is superior and you should only believe in Jesus.”

The goal of religions should be the pursuit of Spiritual Ethics and there are many paths which one may  follow – each individual should choose the one they feel most comfortable with and it should not be forced upon others.

Religious scriptures and the Bible are good reference resources in one’s pursuit of Spiritual Ethics, but according to the Spirit Guide, there is a better source. What do you think it is?

Religious scriptures and the Bible were written for human beings in this physical world.  Consequently, limitations appear in man’s depth of understanding which sometimes causes misinterpretations of the spiritual world.

The better resource than the Bible and religious scriptures is The Law of Nature.

The Law of Nature can be seen in our daily natural surroundings, such as hearing birds chirping, listening to a babbling brook, watching the changing of the four seasons, etc. from which we can learn  many things.

Nature and the universe are constantly in motion while maintaining a balance.

For example, water is H2O composed of 2 parts hydrogen atoms and 1 part oxygen atom.  However, depending on the condition (temperature), it can become ice (solid), water (liquid), or steam (gas/vapor) although these are composed of the same basic elements.  This explanation of how the same element can change will help you to understand a later chapter which discusses body, mind and spirit/soul.   This change of elements can be seen in nature when the river flows into the ocean and then evaporates into a cloud and freezes, causing it to once again fall to earth as rain or snow.

The Law of Nature can also be applied to the world of commerce – just as the flow of the river into the lake keeps life forms moving and alive and once again flows out into a river, so should money keep flowing for the growth of all.  Once the flow stops, it stagnates and does no good.

When viewed from an even larger scale, in our solar system, the centrifugal force pulling the planets away from the sun are balanced by the gravitational pull of the sun which keeps them in orbit.  Any imbalance of these centrifugal and gravitational forces would disrupt this orbit.  In this example, we can therefore clearly see the importance of balance in all things.

Isn’t it helpful in our daily lives to be able to observe what is surrounding us in nature and learn from the hints that are presented?